As an open and reusable database, IdRef provides different types of authority records:

In the documentation ecosystem, authority records are used to control certain information common to several bibliographic records. They allow the described resource to be identified, described, aggregated, rebound and disambiguated.

Each authority record has a unique and permanent identifier IdRef, aligned with the main national and international identifiers and used by the main data repositories (HAL, ScanR...) at national level. 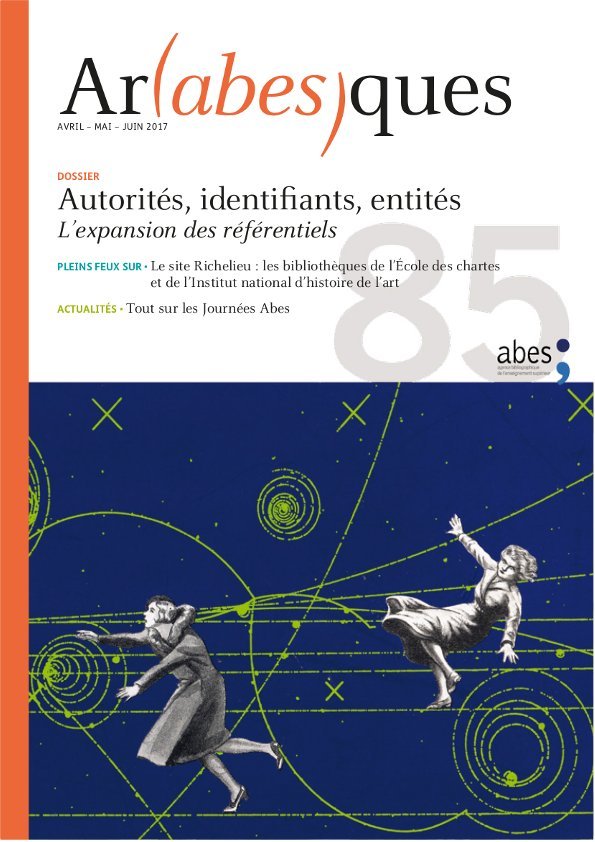 The volume and diversity of metadata in circulation within information systems implied rethinking the formalism and uses of authority data: openness, interoperability, but also data sovereignty have indeed become requirements.

Because of the compulsory reporting of doctoral theses, their authors and supervisors, IdRef offers excellent coverage for the reporting of active researchers. Based on a crowdsourcing principle,Abes has set up a virtuous circle so that each researcher can inform the producer of his or her metadata of any improvements to be made.

Beyond these individual uses, the uses ofIdRef have developed mainly in the field of Digital Humanities. Thus, in the framework of calls for projects launched by the GIS Collex-Persée or theNational Research AgencyAbes works directly with specific scientific communities (historians, archaeologists, specialists in languages with Arabic script, jurists, naturalists, etc.). In this logic,Abes signed a cooperation agreement in 2019 with the LARHRA (Rhône-Alpes historical research laboratory) for the deployment of data in accordance with the FAIR principles: "findable, accessible, interoperable and reusable".

One of the main challenges of the national Bibliographic Transition programme is to improve the exposure and visibility of library collections and their metadata on the web.

In the logic of this transition, authority data occupy a fundamental place, as illustrated by the Fichier national d'entités (FNE) project conducted jointly with the BnF. Follow the progress of the FNE project.

Note: whether it is the implementation of the evolution of the UNIMARC format, the application of the indexing vocabulary reform Rameau or the FNE project carried out in cooperation with the BnF, the operations related to the production of authority data are fully part of the Bibliographic Transition programme .

Within a complex international and national landscape, of which a state of the art has been drawn up for the Committee on Open Science (CoSo ) in 2019, IdRef is positioned as a pivotal identifier to serve the needs of Higher Education and Research at the national level, particularly with regard to the description of people. To this end,Abes promotes the use ofIdRef, a repository built over the years by thousands of cataloguers, administered on a daily basis byAbes, at the centre of many quality initiatives, and over which the sovereignty ofAbes and its networks is total.

However,Abes is not unaware of the need for alignments to international identifiers: thus, its authority data is exposed in VIAF(Virtual International Authority File), which reconciles it with the authority data of national libraries or library networks.

The identifiers IdRef are also aligned with theISNI(International Standard Name Identifier), an ISO standard for identifying the various contributors to creative works.

To enhance the specific corpus of researchers, theORCID(Open Researcher and Contributor ID) has become the reference for several years. Since the end of 2019, in relation with the COUPERIN consortium, theAbes is co-pilot of the ORCID France consortium, gathering French institutions willing to adhere to the ORCID paying services.